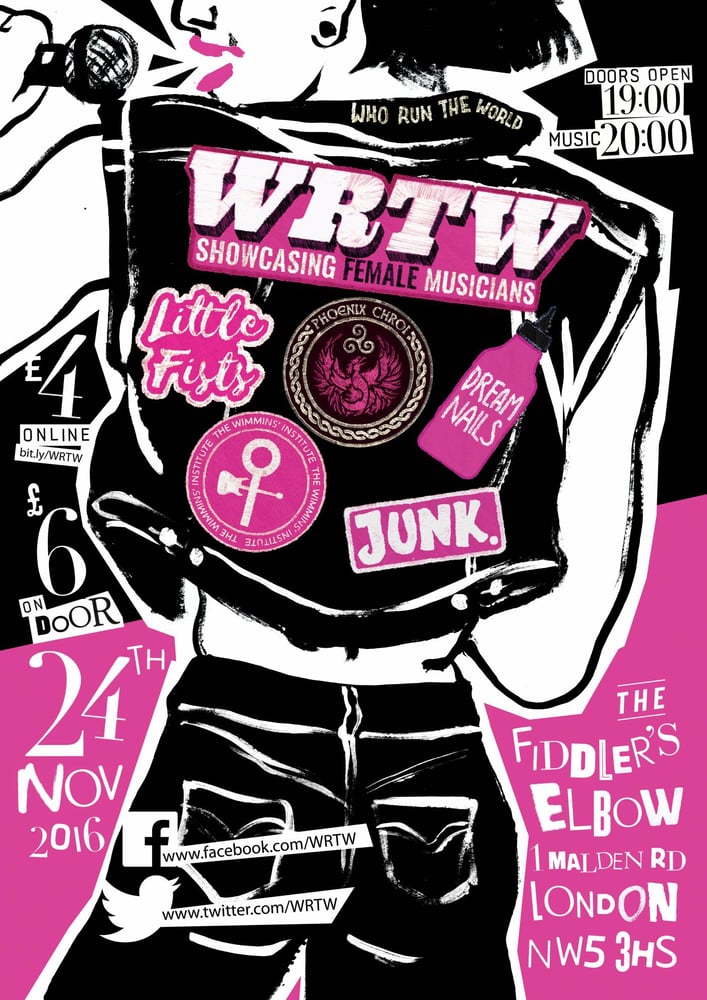 November 24th at The Fiddlers Elbow

Who Run The World is London's first known promotions company exclusively booking and showcasing female and female-fronted artists, to help improve visibility of women in music.
We are very excited to announce that we will be hosting monthly full band showcases at The Fiddlers Elbow in Camden with performances from some of London's finest female musicians!